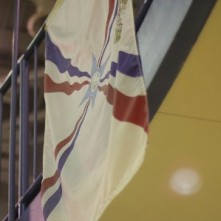 If you are interested in playing in the Assyrian Volleyball League Season 14, this is where you can sign up to enter into this season’s draft. Draft day is February 6th at 7:30 P.M. Please enter before this date or you will not be eligible to be drafted.

Please fill out all fields. Information that you should include is the following: the highest level of volleyball you’ve participated in (i.e. high school, college), the number of years you’ve played, your height, and your strengths in the sport. Also, if you’ve played AVL in the past, include what season(s). Please indicate if you would like to be a captain this season and what size t-shirt you are.

If you are interested in playing, please review the rules posted above.

Do realize that the number of teams that can participate in any given season is limited, and teams are given priority on a “first-come, first serve” basis. This works the same way for free agents. Becoming an AVL free agent does not guarantee that you will be placed on a team, however, the majority of players on our free agency listing do end up playing. If you are not picked up by a current AVL team, please know that there are plenty of other ways you can get involved until the next season. Thank you for your interest and support.

The Assyrian Athletic Club (AAC) has been around for over forty years, bringing together Assyrians at large for generations. AAC has played a major role in the success of all Assyrian athletic leagues, including the very popular Assyrian Basketball League, Winged Bull Soccer, and of course, the Co-Ed Assyrian Volleyball League. AAC has been essential to the Assyrian community since its inception, and is committed to the future of athletics in our community. They continue to prosper as the years go on, becoming a tradition in the Assyrian lifestyle. AVL is proud to be an affiliate of AAC.